Obama or Mitt Romney? Which Is The Lesser Of The Two Evils?

Think of yourself with Twiddle Die and Twiddle Dum walking through a field.  All of a sudden all three of you come up on a couple of pit vipers; one looks prettier than the other.  Twiddle Die says, “I bet the prettier one is more poisonous than the other.”  Twiddle Dum says, “No, I bet the other one is more poisonous.”  So they decide to be bitten by each of their choosing to see which is more poisonous. Now it’s your turn and it’s time to make a decision.  Hopefully, you are the smarter of the two and got the hell out of there before you end up dead like the idiots who played with the pit vipers.  The morale of the story is, that’s exactly what is going on today with our election.  Both promise everything and you know they are both full of lies, however you believe it’s your right and obligation to vote for the lesser of two evils.  The most important thing many forget is the Electoral College.  Just because you feel you have power submitting your vote for “the lesser of two evils” and you feel you did something great, the Electoral College makes the ultimate decision regardless of what you think you may have succeeded in doing. 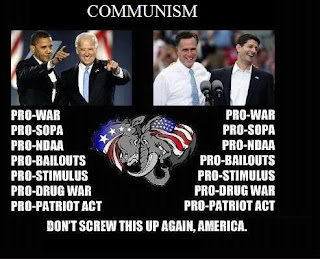 Now it’s time to shine the light on myself.  I have been going under a pen name, Alex is my middle name and Fox is my mother’s maiden name.  I had to do this because it was against the Uniformed Code of Military Justice (UCMJ) to be a part of a political organization as a service member.  That is why I couldn’t really say nor do much.  However, now that I’m out, I can speak more openly.  My name is Chris Chambless, also known as “Chambie” to the military world.  I feel it’s not only an obligation to say who I am, but if our Chairman has to say who he is, then it’s only right for me to do the same.  He’s putting his life and family on the line for what he believes in and that goes for J.T. Bowles, our Lobbyist in D.C.  I name these two mainly because they are the ones many people hear about every day in society, however, what happens if they should die?  What then? A bunch of pen names to carry on a legacy?  I think not.


Growing up, I had no idea about politics, nor did I want to really care about them.  I was so lost that when I turned eighteen, I had to ask my parents what my political stance was because I still had no clue.  I was told to put Republican because I believed in the military and because I had just enlisted that would make more sense not only to them, but to me as well.  I had somewhat of a clue from my Civics class in high school, but regardless I could care less.


While being in the military, I asked myself numerous times what is wrong with our nation’s leaders who go into office.  I couldn’t fathom that every time election year came around, I always heard the saying, “I will just vote for the lesser of the two evils and hope for the best.”  Is that really what we have to offer this great nation?  The lesser of two evils and hope everything turns out better?


Then the crazier part happens.  They lesser of the two evils get into office and everyone swears they voted for the other evil, then start bringing up all of the past leaders of this nation who supposedly helped this nation.  I can still remember in the’80’s when I heard a lot of people couldn’t stand President Reagan, but today many will boast about how great he was.  No, he would be the lesser of the two evils today just like he was back in the ‘80’s.  People come out during those appropriate times in history to try to lead during those current crises.  None have ever really looked toward the future except for their own well-being versus the nation’s.


I chose National Socialism because when I looked throughout history, I only saw one person who really cared and loved their nation as well as the people.  That was Adolf Hitler.  I saw a speech of him and after he spoke, Rudolf Hess stated, “Germany is Hitler, Hitler is Germany; Hail Victory!”  At that time, everyone in the crowd cheered as if everything that has ever hurt Germany before that time, like the depression and Treaty of Versailles, was all taken away.  Everyone finally had something to believe in again.  They went after the Communists just as our country did after WWII.


Today, our country embraces communism and it’s one of the worst things we could ever do to this country.  I looked at this link: http://www.cpusa.org and this is something I found to be very interesting:


“Marxist ideas have been elaborated and modernized by other great revolutionaries such as Vladimir Lenin, Ho Chi Minh and Fidel Castro. The validity of Marxism has been repeatedly demonstrated by its role in guiding successful social struggles and revolutions in every part of the world. Marxism is not a rigid dogma, but relies on the scientific method to analyze and change society, so it is constantly developing and adapting as society itself changes.”  -From the FAQ.


Is this the kind of people you want running this country?  Voting for the two idiots you see today, running for the President of the United States says that’s exactly what you stand for whether you want to believe it or not.  Don’t just take my word on it; do some research and you’ll find many interesting things out there.  National Socialism is what will save this nation from Communism.  The Allies stopped something that should not have been stopped.  I ask you to stand again against the Communist Regime and join the American Nazi Party as I and many others have done.  We are stronger as a Nation who fights the same cause versus a nation who much rather believe in the snakes who want to lead this nation to it’s destruction. 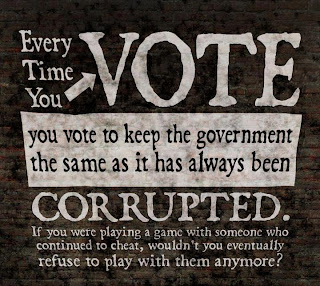 FOR MORE INFO ON THE ANP

For an information pack on the American Nazi
Party, send cash or money order in the amount of $5 to the address:

For $20 a year, you can request our monthly
paper, “The White Worker”. It is very
informational and educational. Please do
not send checks because they will not be accepted.